The ultimate truth is, people TRY. Divorce is the last resort a person chooses for himself/herself and it has more to do with emotional freedom despite the pain. The pain attached to the abuse, violence, trauma, distress, and betrayal. The cost of this freedom is highly immeasurable and beyond anyone’s understanding, but if a woman is ready to bear the loss then things must have been pretty bad and completely out of hand.

It breaks my heart, the way a woman who gets divorced and chooses to stay separated, is perceived by our society. They are brutally judged on each and every step they take.

Right from what they wear, how they carry themselves, how they are raising their child as a single parent, and that character assassination if they are seen talking to other men, and trying to move on with life.

“Divorce isn’t such a tragedy. A tragedy’s staying in an unhappy marriage, teaching your children the wrong things about love. Nobody ever died of divorce.” ― Jennifer Weiner Click To Tweet

How Can We Normalise Divorce For Women in India?

Divorce cases are increasing in our country with each passing day. It has become a common thing yet surrounded by so many assumptions and judgments. The days of Indian marriages lasting more than decades are slowly becoming a thing of the past.

Honestly, to normalise divorce for women is not only equivalent to nailing the toughest wall with a small hammer in your hand but also making sure the nail stays there forever. I see a lot of stigma and taboos attached to the social status of a woman who is separated or divorced. Although it’s just a simple fact, that if a marital relationship of any kind, be it love or the arranged marriage fails to work, and living together becomes intolerable, divorce is the option, individuals are allowed to think of.

A girl gets married and she becomes a woman, who is expected to be inch-perfect in everything she does. She should be a master chef, well-educated, good-looking, fair, and lovely and she should fulfill all her duties with the brightest of all the smiles. No complaints and demands.

Now, when she faces trouble in her paradise and wants to move out of it, you bombard her with your unsolicited advice and inferences, she decided to leave just because she knows there is nothing left to be fixed or mended. Obviously, she might have tried all the options you as a society are going to suggest to her or impose on her. But the truth remains unaltered.

There is a lot of stigmas attached to divorce when it comes to women. Oh! She is a divorcee. Your whole image goes a 360-degree turn and then you are judged on the parameters of the set benchmark for women in our culture.

A culture where rules are different for men and women, a culture where daughters-in-law are treated as an outsider in the family, a sickening mentality where a woman is told that her husband’s house is her only house and she has to fulfill all her duties despite the challenges she faces in the process.

And to make it harder, women are no less than provocative and offensive in this process, they compare and label other women who could not save their marriages and feel so proud about how they are managing everything so effortlessly. This creates another level of mental distress in the women who are going through a separation process.

When I asked my lawyer friend about her views on the rising divorce cases in the country, she had a wonderful perspective to offer.

“Divorce is the freedom to live, a choice you make for yourself rather than forcing into a relationship which will ruin you and damage you internally. It is high time society accepts divorce as a normal condition when things fail to work between two people. Divorce is a solution(tough one) and not a disease. Today, women are aware, well-educated, and capable to lead life independently. In the past, women use to spent their entire life in a living hell because they had no place to go, no job to do, they were not educated and most of the times family also backed off, leaving them with no choice.” Says, Kamiya Jadhav, Advocate,High Court.

Some Common Reasons of Divorce In India

What are some common reasons for divorce in India or anywhere? Before we talk about how we can normalise divorce for women in India, I think we must pay attention to the root causes of divorces happening in our country at such a rapid pace. The reasons are not unknown but the irony here is, we are expected to accept all this trash and stick to the marriage.

Just read the below mentioned reasons and think, should a woman still stay in such kind of a marriage?

This one tops the chart, infidelity, and betrayal. This issue has grown with the advent of the internet era and the ease of finding options in the palm-sized world. Somehow we have given the charge of our lives to social media to rule our lives.

It has become so easy to cheat on the partner secretly with innovative dating apps. Men and women indulge in hookups and casual sex relationships just for fun, completely being naive and ignorant of the consequences it could lead to. But who cares, until you are having fun.

Do you know, why we should normalise divorce for women in India? To save their dignity and pride. You can debate over infidelity issues, feminisim issues but there this one thing where still men top the chart, i.e. mental, physical, emotional, and sexual abuse.

Marital rape doesn’t even count, just because you are the husband you feel you can do anything with your wife. Then there is this deeper malignity of substance abuse, which swallows the whole house’s peace and harmony with each quaff.

One of the most common issues of failures in marriages. We hardly find a perfect match even though we get all the multiplication and calculation of the stars done right, at the right time to get married to the right person. It is when you STAY with that person you actually understand how is it going to be for you when it starts leading to an unhealthy relationship eventually.

Compromises, sacrifices, and a little adjustment are fine to balance a relationship. But if you are the only giver in a relationship, soon you will be left with nothing, sheer nothing to offer and it will eat you up slowly from inside leaving you brutally damaged in the long run, and the possibility is you will pass on the damage to your kids as well.

Not everyone is well-acquainted with mental illnesses and the tough challenges it throws in your path if you have to live with someone who has one. Mental disorder is a wide spectrum, people have different issues, disabilities, and illnesses and sometimes it becomes too overwhelming for the other partner to continue with such a partner.

It could be due to the lack of awareness and lack of preparations and support but the sad truth is, hardly anyone stays till the end.

Do I need to mention this? In-laws/family play a major role in any marriage’s success or failure. I have seen marriages falling apart because of the toxicities of in-laws bring up between the partners, And, I have also seen how the evolved approach by the in-laws could save a marriage.

Besides, the fight for the basic rights of acceptance and respect still remains a hot topic of discussion for the daughters-in-law, and I guess we have a long way to go here.

"It takes a lot more strength to know when to let go and then do it". Click To Tweet

Can our society normalise divorce for women in India?

The fact is, our society is IGNORANT. They cannot see anything above their self-inflated ego and limited awareness. Neither they make any effort to understand the vulnerabilities of someone’s situation. Married, single, separated, divorcee, a widow could be mere tags allocated to women but in reality, each and every label demands its unique expectations, which again is set by our society which is too unconducive in nature.

They set norms, which can be broken and mended as per society’s convenience but when it comes to women, we hardly see any due consideration. Then she lives under the fear of getting judged and the very popular syndrome “What People Will Say”, isn’t it?

No one cares about the truth and facts, they believe in what they want to believe within their limited mindsets. Marriages are supposed to uplift you and the right partner makes all the difference in our lives. In your marital journey, if you discover that things are going to be worse in the future then opting for a divorce or separation is not only your choice but a legal right.

Normalise divorce for women in India so that she can take charge of her life and at least work on herself. She might not even want to get into another relationship, she just wants to discover herself. Normalise divorce for women and give them that freedom of choice. A relationship should not put a full-stop in her life, she is allowed to re-write her story and resume from where she left, picking up all the missing pieces, fixing what’s broken, and to do that she needs to be free. Let her be.

Priyanka Nair is the author of 26 Days 26 Ways for a Happier you and Ardhaviram. An NLP practitioner and Founder of Sanity Daily, helping you prioritize your mental health. 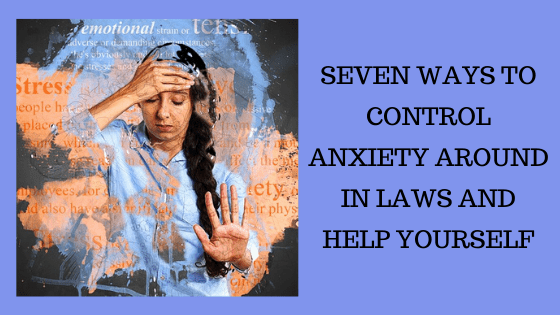 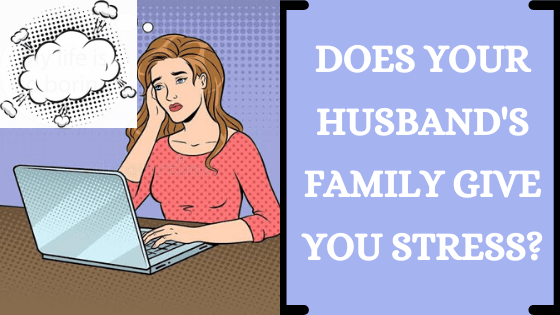