Can you set your couple goals right and nurture your mental health? When we talk about mental health everyone always tells us what hardships they faced. They then tell how they are the heroes of their story. But in all this, we get the wrong impression that something horrible should happen always so that we can also be heroes.

The biggest misconception we are having is the belief that it is the story of your hardships. Nobody cares about what happened and why of any one’s life.

The truth everyone wants to know is how did you survive? What is the trick to not sink in the ocean? How to sail through the rough seas with the lurking crocodiles around? How to get over a fight as a couple? Everybody is looking for the second half of the story. We all want to know how to be the superheroes of our lives. 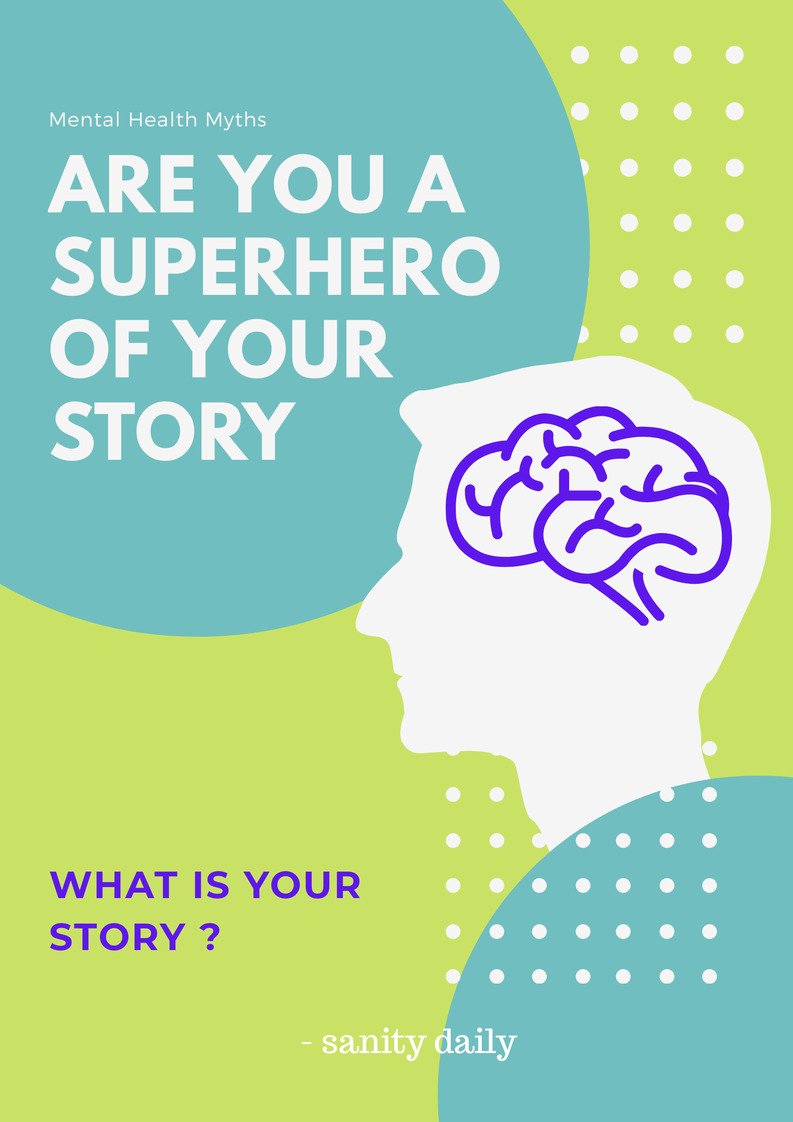 All of us are trying to find answers to this million-dollar worth question in our lives. How can I become the happiest person on this planet Earth? How can we be the happiest couple on Instagram or Facebook?

So where is this loneliness and depression we all are talking about? And why is there loneliness when you are in a relationship? Unfortunately, it exists in every house today. Recent research even suggested that children as young as 4 years old could be depressed. Do you know stress and depression could be affecting your little peanut now?

If I were you I would be asking leave superhero to tell me how can I save myself and not be affected. Sadly there is no one answer to it. What you read here at Sanity daily will guide you that it all can be changed from within. A little effort to keep up our mental health goes a long way. 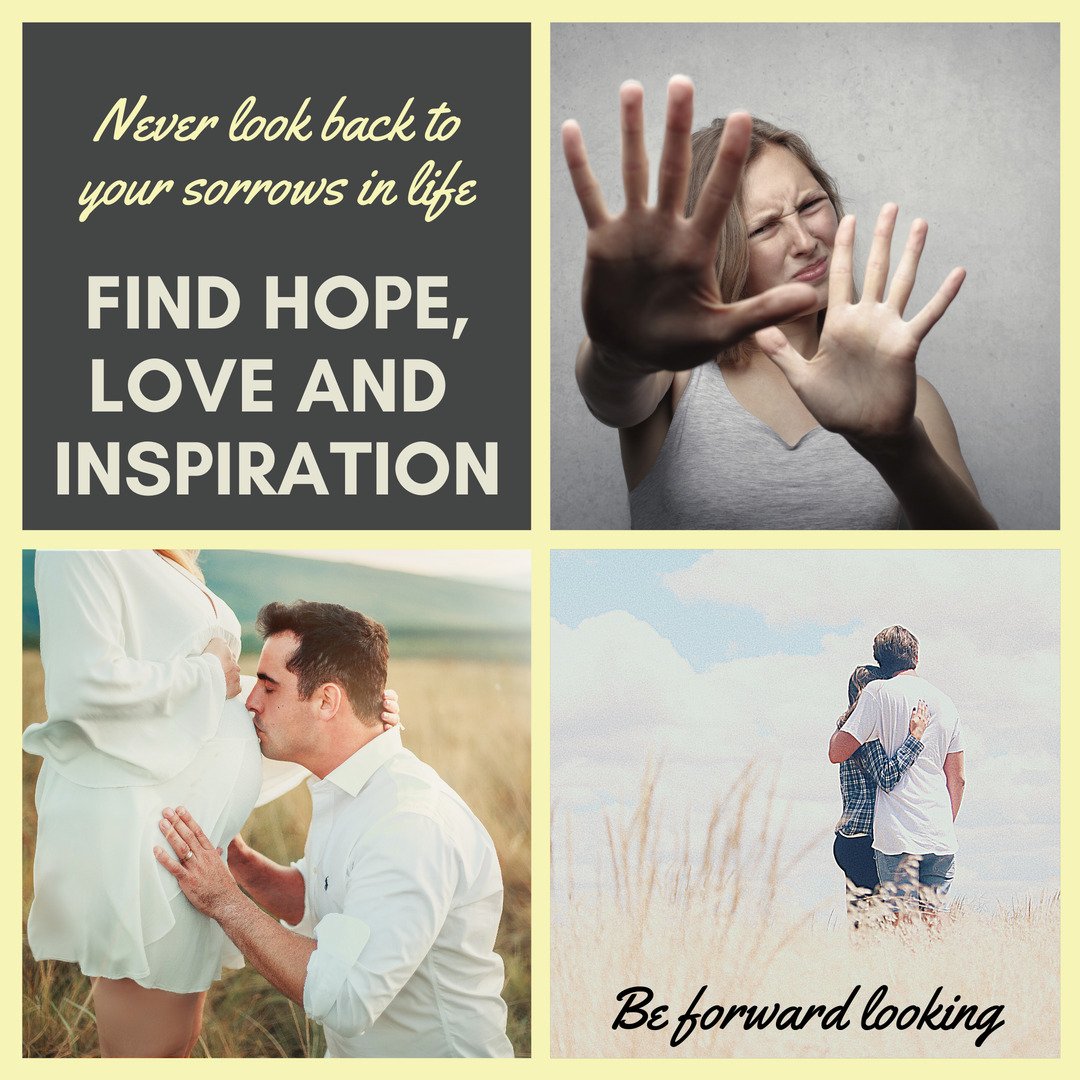 As we go on with our lives a lot of expectations are imposed on our shoulders. Some of these are from people around us like family and the rest comes from our expectations. When we find a way to get rid of expectations and make action plans we achieve them. I bring you one such story of a couple who lived happily with their parents and then they were pregnant.

Something happened but they decided to take action instead of reaction. An action that is going to make them the superheroes of the story, change the course of their life, and make every dream come true.

(story of a couple inspired by real events)

It was a late evening just after dinner in the windy Bengaluru in October 2016 when as a ritual Madhu and her husband Deep were talking to their unborn baby just before going to bed. Suddenly they heard some noises from downstairs. To give them some privacy their parents gave them a room on the first floor with a huge balcony.

As it was not a usual sound Madhu’s husband Deep ran down to find what happened while Madhu continued caring for the baby bump with occasional humming. A few minutes later Deep came back. He was looking red in anger. Then in a very hushed voice asked her to pack everything she needed because she had to leave immediately.

Madhu was only 6 months into the pregnancy and she was feeling fine. She kept asking what’s wrong and what happened just then her father in law entered the room. He was not a big talker or a man of many words. The only conversation

Madhu had with him in the past year was about putting money in his account for some loan or money he needed for the daily expenses of the house. But today he entered and started shouting with the loudest voice she ever heard. He was sounding upset about some money which he did not get. Madhu was shocked and terrified at his look.

She gathered courage and asked him to calm down and explain what the matter is. And he came back at her with a bang just close to her ear. All that she could say was “Appa!”. Just then Deep came forward and asked his father to move away from them. This was the first time he was raising his voice after marriage in front of Madhu.

He quickly put his arm around her holding her firmly and giving her support. He took her things and packed some of his clothes and their laptops. In 5 minutes both of them were out of the house heading to the nearest friend’s place.

Men are not always the culprit

This story is one of the firsts about how men take a stand for their wife, how the love between two people becomes stronger than blood relations, how two vulnerable people become powerful when they have each other. This is a story of two 30-year-old IT employees who were going to be parents. They both earned enough for themselves and for the family. One fine day expectations caught up to them but before it could swallow them they eloped.

Let’s go back to their story and find out what is the action they took that makes them a hero? Madhu and Deep had an arranged marriage. Both their parents were approached by the traditional family Pandit aka matchmaker. They both were typical Bangaloreans working in MNCs. After their marriage, Madhu moved in with Deep and his family and they lived happily. Occasionally her father-in-law kept asking for money and she would give without worrying much.

As time went by the occasional requests become monthly and weekly requests. Deep was getting uncomfortable and was trying to hint here about the greedy nature. He took her to their favorite coffee shop for this discussion. He started explaining that it was time to think about both of their future and so instead of giving money to his father she should be saving it. She took it lightly and moved on with future plans.

After about a few months Deep decided to book a property for both of them. Without discussing with his parents he booked it in his and Madhu’s name and paid the money from his saving for a loan on the property. Slowly Madhu started helping him with interests of the loan so she couldn’t give much to his father.

One fine day Deep’s father found out about it and became outrageously angry at both of them as they booked without his consent and knowledge. He had a huge ego from all the properties he owned and this small step taken by Madhu and Deep hurt his ego. He asked them to get out immediately. After all the maniacal drama at the house, Madhu and Deep went to a friend’s house but they both knew something changed that day. They realized that they love each other more than anything in the world. It laid a foundation for their future as a couple. 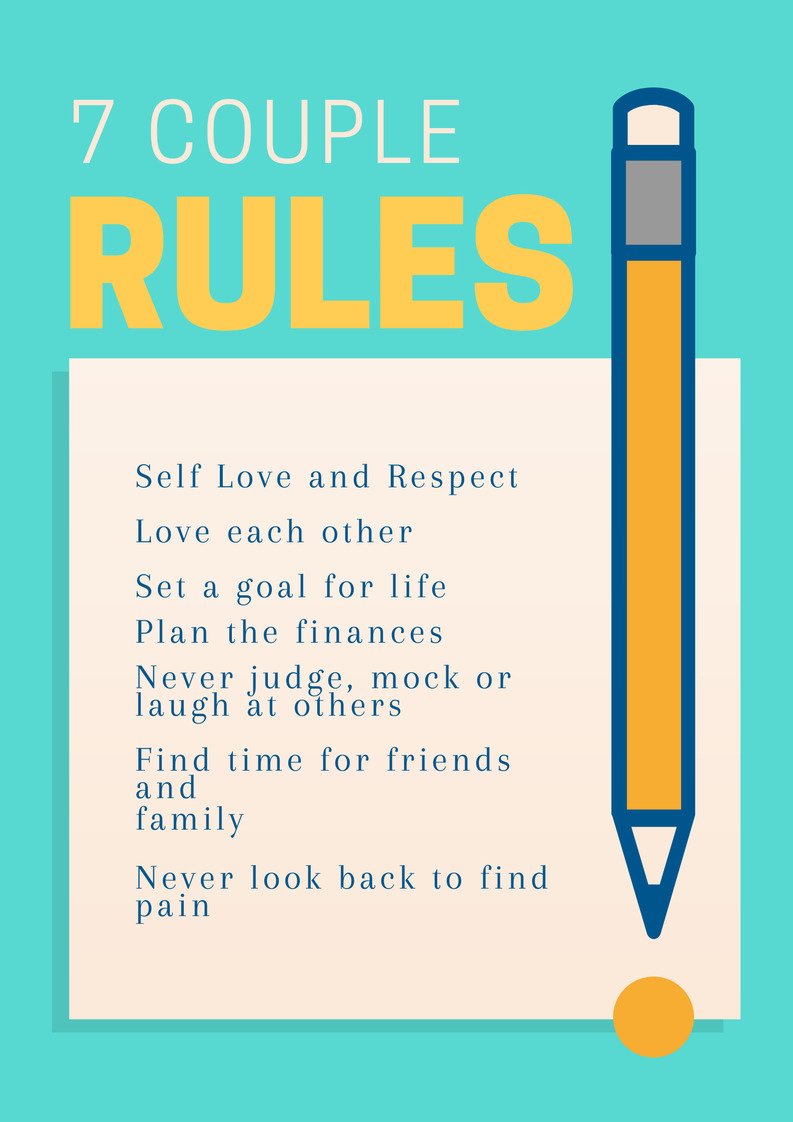 Set your couple goals and fight together to make it work

Soon with help from friends, they found a place to move in, and parallelly Madhu gave birth to a beautiful boy. After his birth, there was no stopping to living life. Three months later Madhu joined the office. Madhu and Deep worked hard at the office and when they came back home they loved their little kid to the stars and skies. They took serious actions as a couple and I will put them below in pointers that can help you set your couple goals and you can skim through easily:

1. Self Love and Respect – Both Madhu and Deep were broken from inside after the incident. Taking good care of themselves during pregnancy changed everything for them. Each did exercise, cooking, walking and some singing to feel happier and confident in self. They did everything to find love and respect for themselves

2. Love each other and the kid more than the day before – As a couple When you have someone in your life who loves you back your life is meaningful. it is important to have that anchor in life it could be a baby, a partner, a friend, a parent, anybody who never judges you, and is there to listen. make meaningful relations and friendships for life.

3. Set a goal for life – Deep was determined to show his father how capable he was but he never let it turn into arrogance. Rather they both sat together and planned their life goals, yearly goals to be realistic and practical.

4. Plan the finances with a set goal in mind(Villa on the property which caused the fiasco) – As a couple and parents, all the worries we have are often caught with anxiousness leading to money issues. Set your couple goals, the best trick I found from them was to planning finances monthly with investments and expenses before the money dragon comes spitting fire

5. Never judge, mock or laugh at others misery because we don’t know what they are going through – When I was writing this story Madhu kept asking me to skip about her father in law. The truth is Madhu and Deep are superheroes for the actions they take. They both are very sensitive and are very polite to every person.

7. Never look back to find pain and sorrow – Always look for hope and happiness in life. It is easy to feel pain and to find someone to blame for it. Instead, learn from the past and move into your future with your experience

It’s been 4 years since that dreary night but not one day did they lose hope or cry for it. Never did they asked why did it happen to them. I have spoken to them multiple times in these years and Madhu surprises me with new achievements every time. A few days back when I spoke she was decorating the newly built villa with green planters. They celebrate the smallest wins and joys to create and attract more happiness into their lives. Yes, They are humans they too get sad and upset. But, The trick is to not let the worries stop you from enjoying the joys you have now.

Counting our blessings now is just the first step to a better life we create for ourselves. We are the architects of our own life. Taking action to make it better is the right thing to do by ourselves. This is just one story that shows how strangers got married but love, trust, and respect got them closer.

Set your couple goals and evaluate them. Every effort and action is accounted for in long run. Every house has a story of strong will, a story of passion, story excellence, a story of love, and most importantly every story has an inspiration. Find inspiration to celebrate life every day.

Actions make the superheroes. So,

Find your voice within

I blog about happiness, pregnancy, parenting, toddler activities, and food. A lot in my blog Damuru Creations is an extract from my personal journey and experiences and I am totally proud to share it with you.