Let us talk about men and mental health stigma! In India, men are still under the burden of being the sole/primary providers for their families, they are expected to be successful and high-earning, they are expected to perform well academically while also taking an active interest in sports.

Ask a young man, between the ages of 20-25 about what their concern is and you’ll see a theme emerging. The primary things concerning men are looking for a job, which requires performing well academically. The job is seen as a means to start a family later on in life. “If you don’t have a good job, who will marry their daughter to you?” A line that many men listen to at some point in their life.

Why Men And Mental Health Stigma?

With the burdens that the modern Indian man has to go through, it shouldn’t be a surprise that nearly 92,000 men died by suicide in 2019 and that men account for nearly 66% of all suicides in India. The psychological perspective proposes that suicides are invariably linked with clinical depression but if you look at the numbers, men are less likely to be diagnosed with clinical depression than women. What could possibly explain this discrepancy? Men are less likely to be depressed (or at least, be diagnosed with depression) but are more likely to die by suicide.

From the time they are born to the time they grow up, all human beings go through socialization. Socialization is when children learn what is expected of them, what the norms are and what boundaries if crossed, can lead to punishment. In a society as diverse as the Indian one, it is natural that norms and rules are not the same everywhere. Yet, the socialization of girls and boys i.e. the norms that are imposed on them are eerily uniform across the country. Let’s focus on the boys.

These are some things that almost every boy has heard at some point of their life.

Did you notice the number of responsibilities that are imposed on men either implicitly or explicitly? Leading to never-ending men and mental health stigma. A man that doesn’t provide for his family, take care of his parents, have a high paying job and a stable career is of no value at all! With the implicit burden of all these expectations, it is natural that a man going through emotional turmoil is going to put his needs aside for the sake of his responsibilities.

And that’s where the problem begins – when men put the needs of others over their own needs, for the greater good of the family/society.

From my research, I remember a quote that has stuck with me ever since. The participant was a 27-year-old man who had tried to take his life multiple times, was secretly visiting a psychiatrist and hadn’t told his family that he had been diagnosed with depression. When I asked him why, this was his response:

“My mother had a lot of expectations from me, that I would buy her a car, then house…and I still owe my mother all these things.”

A man who had tried to take his life, who woke up every day with the thought of dying, was keeping it all from his family because he didn’t want to disappoint them.

While this may be the one story I have come across, there are thousands of similar stories out there that go completely unnoticed and unheard.

So many men live with the fear of being dismissed as ‘weak or feminine’ or with the fear of being laughed at that the things, that are felt are simply not expressed. It would be erroneous to say that men don’t have emotions. It is more appropriate to say that they express it through their actions instead of in their words and we need to start listening as soon as possible.

It is very easy to say that things would be easier for men if they weren’t so quiet and secretive about their emotions all the time, but how difficult it must be to break through a belief that has been instilled in you since you were a child? We need to rather focus on the mechanisms that discourage men from being verbally expressive while also trying to understand the different ways in which men express their emotions now.

Keep a look out for a man who is more silent than usual, more withdrawn, more aggressive or behaving completely differently from his usual self. A caveat here is that it is not necessary that only men express their depression this way. There are women who have been observed to express themselves in the same patterns as the men. This suggests that it is not simply the biology of an individual but also the role that their social surroundings, childhood development and others play in the expression of emotions.

Suicide among men is an unseen epidemic and a lot of that has to do with the lack of access to mental health services for men. On the off chance that they do end up visiting a professional, the chances of the way in which they express their emotions being ignored means that there is a systematic issue, right from the home to the doctor’s office in how depression in men is understood.

Our men are killing themselves and we can no longer ignore it. Speak up against men and the mental health stigma attached to them.

About the Author: Arjun Gupta is an author and a mental health blogger. He is currently pursuing MA in Psychology from Ambedkar University Delhi after having completed his graduation in Applied Psychology from the University of Delhi. Having survived clinical depression and multiple suicide attempts, Arjun offers diverse and informed perspectives from both sides of the therapist’s table 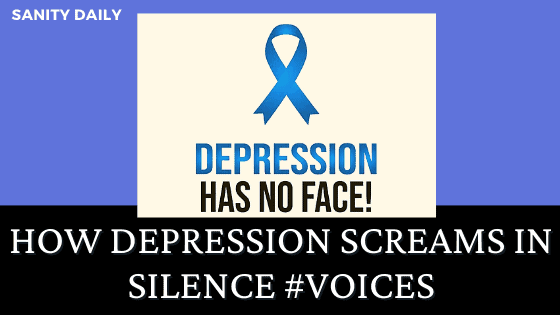 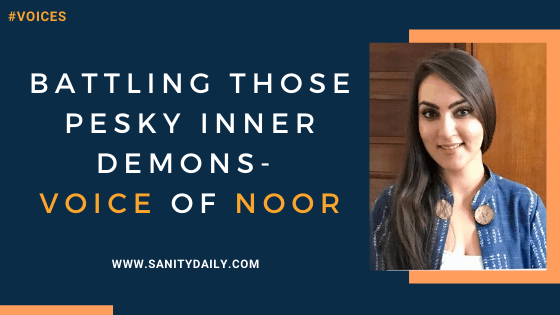 Priyanka is the author of 26 Days 26 Ways for a Happier you and Ardhaviram. An NLP practitioner and Founder of Sanity Daily, helping you prioritize your mental health. Let’s build a happy community.