You are such a neatness freak, do you have OCD? You are such an OCD, you want everything in order and clean. Living with OCD? Neatness, tidiness, and staying organized could be a personality trait, not a disorder.

I want things neat, clean and organized but I am just a neatness freak, I do not have OCD, so if you think that your urge of keeping things neat and clean makes you an OCD, think again, because it is way beyond your imagination.

I always wonder what makes someone so happy to say that, “oh, I have OCD for things”, when will they stop self-diagnosing and romanticizing OCD? In this blog, I am sharing a little information and real-life events that will give you an overview of people living with OCD.

When we talk about OCD,  I am sure 99% of the population doesn’t even know that it is something very serious and not to make fun of. The way social media keeps on romanticizing people living with OCD, the sad truth is OCD is not all about being a neatness freak or a highly organized person.

When someone washes his/her hands frequently and loves to stay organized: it’s a part of their personality, and it doesn’t affect any other family members staying with them, but when a person is diagnosed with clinical OCD living with that person becomes quite a challenging task. Now when we say I have got a little bit of OCD or my wife or my husband has got this OCD for cleanliness, think twice when you say that, because there is nothing like a little bit of OCD, it comes along with anxiety, restlessness imbibed with some fear or phobia and many more symptoms.

Related: 12 Most Common Mental Disorders You Must Know

OCDiers are the ones who feel they might harm others as well, their washing of hands, not touching things, and not letting people touch them are their intrusive reactions to the compulsions they are dealing with daily. After a certain point in time, it becomes very difficult living with OCD and making others understand their situation. What they are doing and why they are doing it? 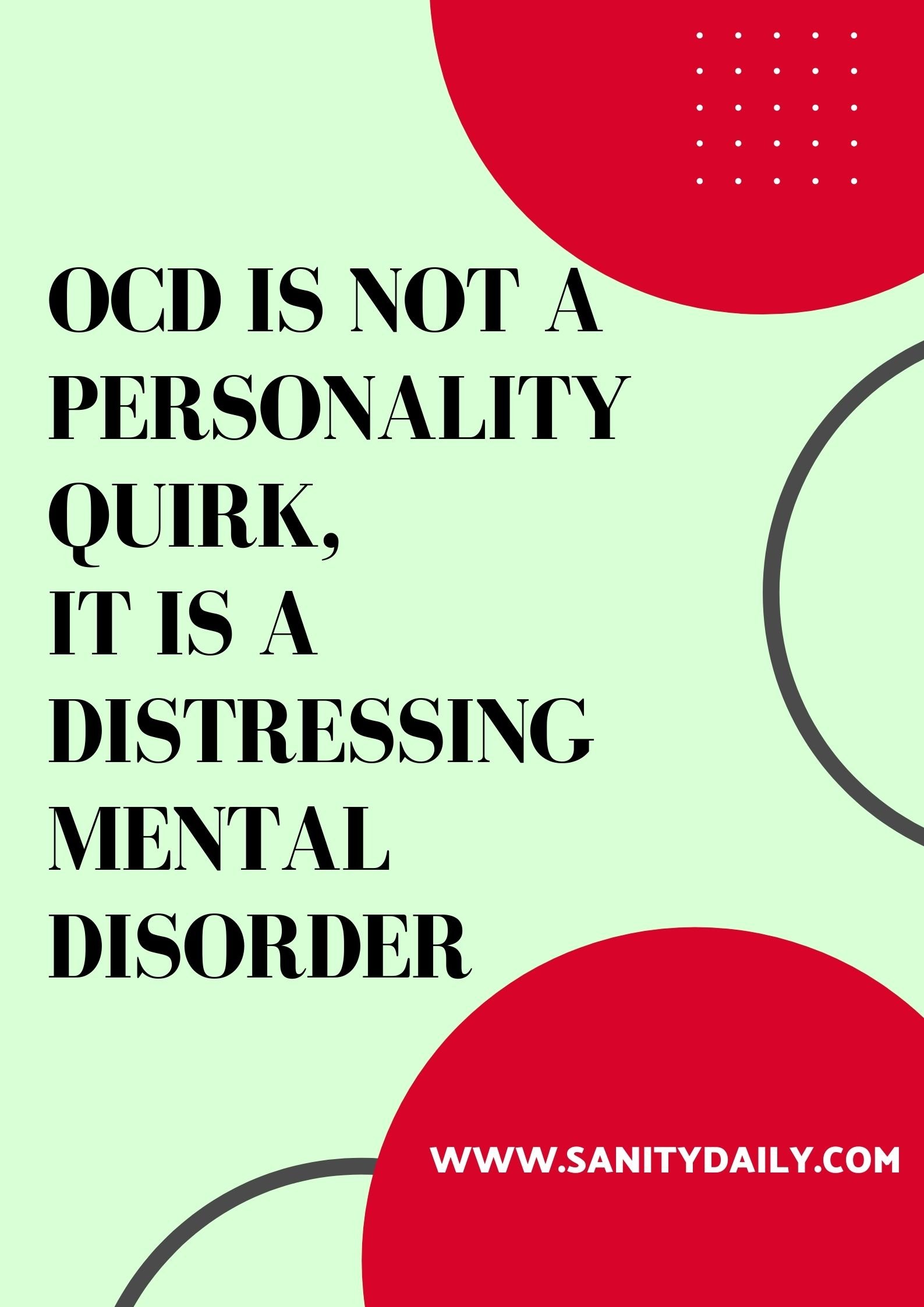 Real and very recent research brought forward real stories of people around the world dealing with OCD and I recently watched a documentary that denotes the distressing lifestyle of individuals dealing and living with OCD.

1.) A guy developed OCD from his OCD mother, and he went a step ahead. Today he stays alone, wears gloves, no one is allowed to hug him or touch him, not even his mother and he doesn’t want to get into any relationship either, because he feels everyone carries germs. Things like operating a lift, using public transport are nightmares for him, he wears caps, jacket, layers of clothes to prevent himself from people’s touch. Now, do you think you have OCD?

3.) A young girl washes her hands using gallons of soapy water because she doesn’t feel clean enough no matter how many times she washes her hands. So, no washing hands and keeping things clean is not OCD, this severe condition is.

There exists an end number of examples around the world, wherein people are grappling with problems in silence. It is such a complex disorder that 2% to 3% never come out as they find it very shameful and embarrassing.

Just imagine, how can you convince that I do things for four times(like folding a single towel for four times, washing hands four times before and after a meal) and not be judged about it.

The worst part of OCD is that you cannot control your thoughts but yes you can control how you interact with your thoughts.

The problem with mental health issues is that people who suffer it, feel that they are the only ones going through this problem and they find it so weird that they choose not to share it with anyone because of the basic nature of the problem. But in the documentary, they have shown how connecting with a support group helped them to acknowledge their problem and understand that they are not alone.

There are many people living with OCD and a little help and understanding can bring about a drastic change in their daily life and the life of their family members.

Hence I request, anybody who feels their actions are intruding their daily life and affecting others along with them, do seek timely help, anyone who sees such difference in their near ones, do reach out and check on them, help them and intervene when needed. Be there. Be aware. Rise Up!