Common Mental Disorders you must know. The way we see ourselves plays a very important role in how we see the world around us and vice versa. We can never compare an Apple with a Pear, we need to refine our optics to see things with more clarity.

The ones who are happy and satisfied with their life see more positive aspects of the world around them than those who are depressed. But what is depression? What are the types of mental disorders and how they immobilize a person’s sense of being?

I am not a psychologist, but a Mindfulness and NLP practitioner who is continuously trying to change the way I see the world around me by being mindful and conscious about daily things. This only helps me to apply filters and declutter.

What Are The Most Common Mental Disorders?

The worldwide statistics say that depression is the leading cause of disability worldwide. Almost 75% of people with mental disorders remain untreated in developing countries with almost 1 million people taking their lives each year. In addition, according to the World Health Organization (WHO), 1 in 13 globally suffers from anxiety. The WHO reports that anxiety disorders are the most common mental disorders worldwide with specific phobia, major depressive disorder, and social phobia being the most common anxiety disorders.

But do you know that besides anxiety and depression there exist more than 200 types of mental disorders? We hardly talk about them because we lack the awareness, we see a sad person, we call him depressed, we see a person eating a lot suddenly, we call him always hungry, the one feels like sleeping all the time is termed as sleepy-head or lazy.

Ya, people could be lazy, people could be over-eating for pleasure but if you try to observe you will notice a difference in both the aspects. Sometimes there is a pleasure involved and at some places, there is sadness and emptiness residing or maybe you are not looking close enough.

So, let us discuss a few very common mental disorders just like fever, cold, cough, thyroid, or diabetes, and include them as a part of your care for your good mental health. All the information in this blog is from verified sources like the National Center for Biotechnology Information (NCBI), Anxiety and Depression Association of America (ADAA), and Psychology Today. 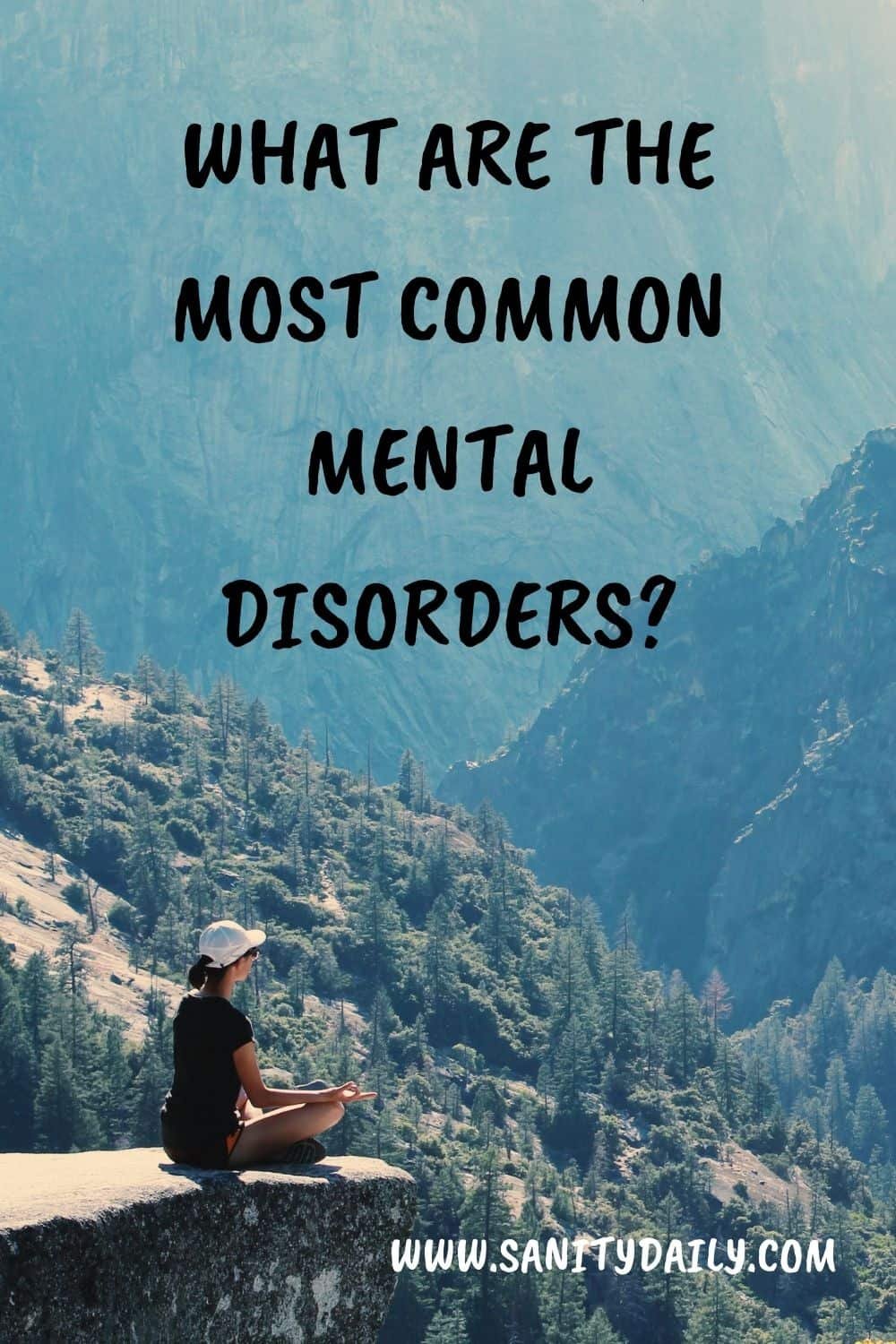 Depression refers to a wide range of mental health problems characterized by the absence of positive affect (a loss of interest and enjoyment in ordinary things and experiences), low mood, and a range of associated emotional, cognitive, physical, and behavioral symptoms. Distinguishing the mood changes between clinically significant degrees of depression (for example, major depression) and those occurring ‘normally’ remains problematic and it is best to consider the symptoms of depression as occurring on a continuum of severity.

Behavioral and physical symptoms typically include tearfulness, irritability, social withdrawal, exacerbation of pre-existing pains, and pains secondary to increased muscle tension. A lack of libido, fatigue, and diminished activity is also common, although agitation and marked anxiety can frequently occur. Typically there is reduced sleep and lowered appetite (sometimes leading to significant weight loss), but some people sleep more than usual and have an increase in appetite. A loss of interest and enjoyment in everyday life, and feelings of guilt, worthlessness, and deserved punishment is common, as are lowered self-esteem, loss of confidence, feelings of helplessness, suicidal ideation, and attempts at self-harm or suicide.

GAD affects 6.8 million adults or 3.1% of the U.S. population, yet only 43.2% are receiving treatment. Women are twice as likely to be affected as men. One of the most common mental disorders, generalized anxiety disorder often co-occurs with major depression.

A person with GAD goes through excessive anxiety and worry (apprehensive expectation), occurring on more days than not for a period of at least 6 months, about a number of events or activities. The person with GAD finds it difficult to control the anxiety and worry, which is often accompanied by restlessness, being easily fatigued, having difficulty concentrating, irritability, muscle tension, and disturbed sleep.

Eating disorders are characterized by disturbances in eating behavior. Many of us exercise and go on intermittent fasting to take care of our body but the ones with the eating disorder develop habits that can cause a great deal of harm to them. They may fast or severely restrict their calories, exercise for hours on end each day, or take other actions to prevent any weight gain. Even though they are often underweight, they have an intense fear of becoming fat.

SAD is one of the common mental disorders and equally common among men and women. Social anxiety disorder also referred to as social phobia, is characterized by intense fear in social situations that results in considerable distress and in turn impact a person’s ability to function effectively in aspects of their daily life.

It is fear of being judged by others and of being embarrassed or humiliated that leads to the avoidance of a number of social situations and often impacts significantly on educational and vocational performance. Social anxiety disorder is characterized by a range of physical symptoms including excessive blushing, sweating, trembling, palpitations, and nausea. Panic attacks are common, as is the development of depressive symptoms as the problem becomes chronic.

Substance-related disorders are diagnosed when the use of any substance, whether recreational or prescribed, becomes excessive and leads to significant impairment or distress.

The predisposition of the substance-related disorder is based on genetic and environmental factors that vary from person to person. All substance-use disorders are characterized by the continued use of substances despite their causing significant problems in important areas of an individual’s life, such as family, school, or work.

Bipolar disorders, or manic-depressive illness, is a group of disorders characterized by the presence of pronounced high-energy phases known as manic episodes. Typically, unusual shifts in mood and energy manifest in increased activity levels and impair the ability to function. The impairment created by bipolar disorder can be severe and can result in damaged relationships, poor job or school performance, and even suicide. 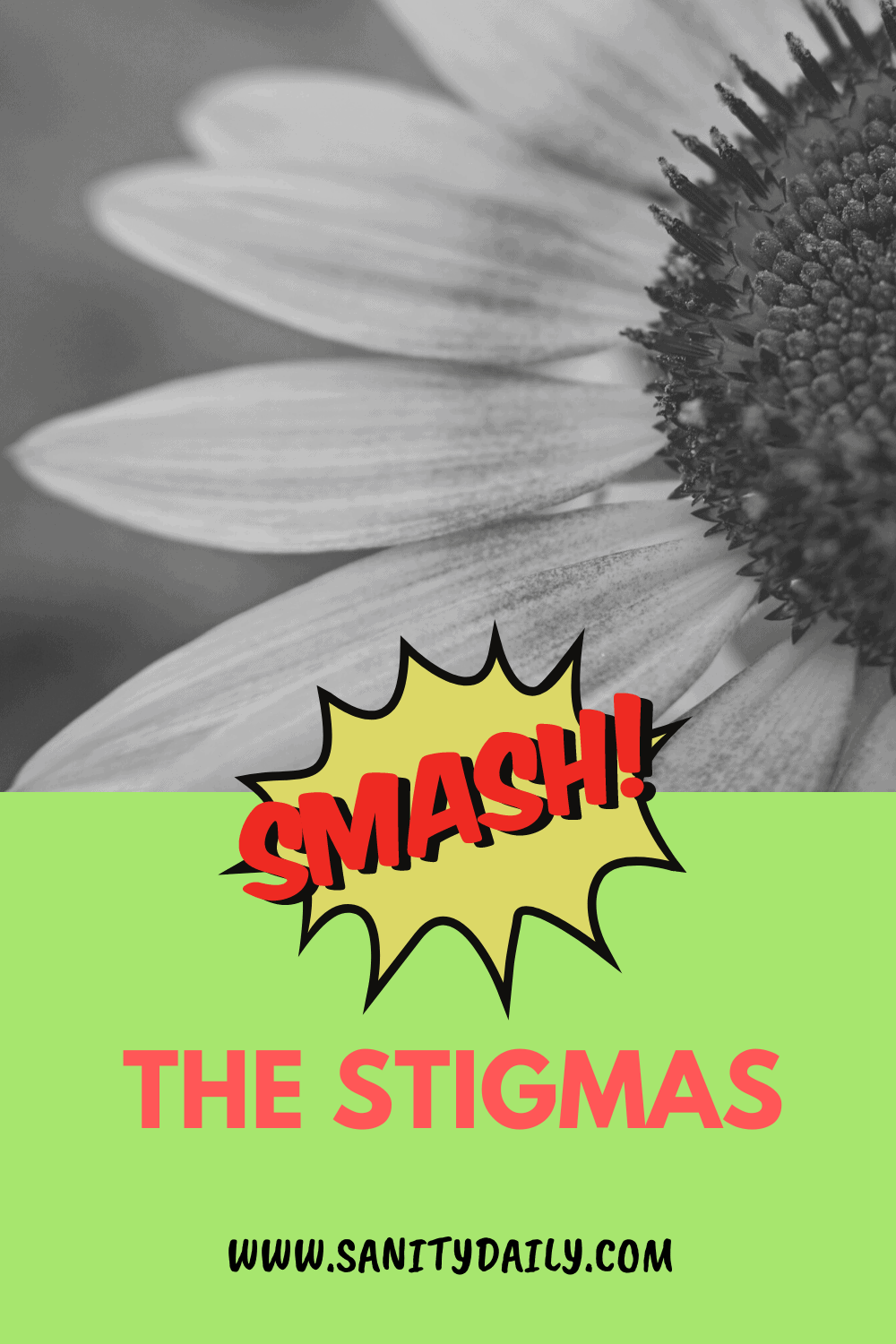 Sleeping disorder is the feeling of inadequate or poor sleep because of one or more of the following:

For insomnia to be diagnosed, these symptoms must be present at least three nights per week and the sleep difficulty is present for at least one month. All of these symptoms can lead to daytime drowsiness, poor concentration, irritability, and the inability to feel refreshed and rested upon awakening. Some 50 to 70 million Americans have a sleep or wakefulness disorder, according to the Centers for Disease Control and Prevention.

Insomnia is not defined by the hours of sleep a person gets or how long it takes to fall asleep. Individuals vary in their need for and satisfaction with sleep. A feature of insomnia is that individuals experience distress or impairment in functioning as a result of their poor sleep.

ADHD is a neurobehavioral disorder characterized by a combination of inattention, hyperactivity, and impulsive behavior. Symptoms include difficulty sustaining attention, being forgetful in daily activities, and problems with organizing and following through. Hyperactivity symptoms include being fidgety, restless, impulsive, and excessively talking or interrupting others.

ADHD is generally identified early in life and manifests through behavioral problems at school or difficulty understanding material, completing tasks, or being easily distracted by others. It is estimated that up to 5 percent of school-age children are diagnosed with ADHD, and boys are more often diagnosed than girls, according to the DSM-5. Girls and women are more likely to present with inattentive features.

Posttraumatic stress disorder (PTSD) one of the common mental disorders and is a serious condition that can develop after a person has experienced or witnessed a traumatic or terrifying event in which there was serious physical harm or threat. PTSD is a lasting consequence of traumatic ordeals that cause intense fear, helplessness, or horror. Examples of things that can bring on PTSD include sexual or physical assault, the unexpected death of a loved one, an accident, war, or natural disaster.

A panic attack is a sudden rush of fear and anxiety that causes both physical and psychological symptoms. The level of fear experienced is unrealistic and out of proportion to the events or circumstances that trigger the panic attack. Anyone can have a single panic attack, but frequent and ongoing episodes may be a sign of a panic or anxiety disorder that requires treatment.

Obsessive-compulsive disorder (OCD) is a mental disorder in which people experience unwanted and repeated thoughts, feelings, images, or sensations (obsessions) and engage in behaviors or mental acts (compulsions) in response. Often a person with OCD carries out the compulsions to temporarily eliminate or reduce the impact of obsessions, and not performing them causes distress. OCD varies in severity, but if left untreated, it can limit one’s ability to function at work, school, or home.

A specific phobia is an unrealistic or extreme fear of a specific situation, object, or setting. For example, one may have a fear of water or doctor visits, heights, elevators, germs, or lizards.

People with specific phobias often know there is no real reason to be afraid and that their behavior is not logical. However, they may simply feel powerless when faced with fear, and even the anticipation of it can cause intense anxiety.

Specific phobias can emerge at any age, but usually, start in childhood or adolescence, and the symptoms can be lifelong. It occurs twice as often in women than in men.

What I mentioned here is my learning about a few common mental disorders and I am trying to understand the difference between each mental disorder to identify it and see it as it appears to be, instead of generalizing it under an umbrella term known as Depression. I expect my readers to do the same, educate themselves, read between the lines, listen between those unspoken words, and be there when they can be for their loved ones. They might not say but they need you when they suffer in silence.